“This simplified approach builds on our collective strengths and reinforces our position as a leading global insurance provider,” said Horgan. “Our new unit will service and support our multinational customers, as well as utilize our experience and expertise to deliver local solutions to our middle-market customers.”

About the leadership team

Head of Property Richard Montminy has worked in the insurance industry for more than 25 years, and joined Zurich in 2015 as the East Regional Manager of Property. He most recently held the position of head of Property for Zurich Global Corporate in North America. Montminy is based in New York.

Head of Casualty Brandon Fick has 20 years of experience in the insurance industry. Prior to this new role, Fick was head of Casualty for Zurich Global Corporate in North America. Fick joined Zurich in 1999 as an underwriting manager, and has held a variety of underwriting and management roles both at Zurich and AIG. Fick is based in Philadelphia.

Head of Middle Markets Marcus Cooper has nearly 20 years of insurance industry experience. He most recently served as the regional leader for the South Region in the Commercial Markets unit of Zurich North America. Prior to joining Zurich in 2007, he held various leadership positions at AIG and Crum & Forster. Cooper is based in Schaumburg, Ill.

Head of Construction Scott Rasor has more than 30 years of insurance industry experience and will continue in his previous role responsible for setting the strategy and direction for the products and services Zurich North America provides to construction customers in the U.S. and Canada. Rasor is based in Schaumburg, Ill. 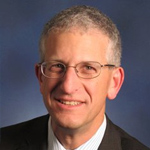 President and Chief Agent Zurich Canada David Levinson has been with Zurich for over 20 years, holding various senior leadership positions at Zurich North America. He most recently served as regional leader for the West Region in the Commercial Markets unit of Zurich North America. Prior to joining Zurich, he was a senior manager in Audit Practice at KPMG in the greater New York City area. Levinson will be based in Toronto.

Chief Risk Engineering Officer Thomas Fioretti has more than 20 years of insurance industry experience and will continue in his previous role, where he is responsible for the ongoing development and delivery of Risk Engineering's risk management and loss prevention services. Fioretti is based in New York.

With this move to a simpler, combined structure, Zurich has created a more agile organization to reinforce its position as a leading global insurance provider to service and support our multinational customers, as well as utilizing our experience and expertise to deliver local solutions to a wide variety of middle market businesses.

About Zurich
Zurich Insurance Group (Zurich) is a leading multi-line insurer that serves its customers in global and local markets. With about 55,000 employees, it provides a wide range of general insurance and life insurance products and services. Zurich’s customers include individuals, small businesses, and mid-sized and large companies, including multinational corporations, in more than 170 countries. The Group is headquartered in Zurich, Switzerland, where it was founded in 1872. The holding company, Zurich Insurance Group Ltd (ZURN), is listed on the SIX Swiss Exchange and has a level I American Depositary Receipt (ZURVY) program, which is traded over-the-counter on OTCQX. Further information about Zurich is available at www.zurich.com.

In North America, Zurich is a leading commercial property-casualty insurance provider serving the global corporate, large corporate, middle market, specialties and programs sectors through the individual member companies of Zurich in North America, including Zurich American Insurance Company. Life insurance and disability coverage issued in the United States in all states except New York is issued by Zurich American Life Insurance Company, an Illinois domestic life insurance company. In New York, life insurance and disability coverage is issued by Zurich American Life Insurance Company of New York, a New York domestic life insurance company. For more information about the products and services it offers and people Zurich employs around the world go to www.zurichna.com. 2012 marked Zurich's 100-year anniversary of insuring America and the success of its customers, shareholders and employees.