Zurich Insurance Group (Zurich) announced today that Mike Foley will retire from Zurich after a decade of impactful leadership as Chief Executive Officer of Zurich North America. He will be succeeded as CEO by Kathleen Savio, currently President of North America’s Alternative Markets unit. The change will take effect on January 1, 2018.

Mike Foley, who has served as CEO of Zurich North America since 2008, joined Zurich in 2006 as North America’s Chief Operating Officer. During his tenure leading Zurich’s largest business unit, Mr. Foley successfully drove the transformation of the region’s technical capabilities, refined its performance management processes, built its predictive analytics capabilities and streamlined its operating model. Many of the initiatives he led became best practices for Zurich’s global operations. Building on this impressive record, Mr. Foley is expected to focus his extensive industry knowledge, operational expertise and strategic leadership skills on the rapidly evolving insuretech market. Zurich will remain connected to Mr. Foley through his participation on several of Zurich’s U.S. boards, as well as possible collaboration in his future ventures.

“Mike transformed our U.S. businesses through a series of underwriting, operational and technology initiatives, and leaves behind a proud legacy of accomplishment,” said Group CEO Mario Greco. “We are grateful for the tremendous impact he has had on Zurich’s success, and are excited for him as he embarks on his next chapter.” 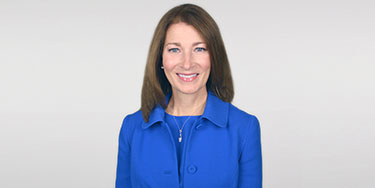 
Mike Foley
CEO North America, to retire from Zurich in 2018

Kathleen Savio is a highly effective business leader with the proven ability to mobilize people to achieve superior results. Since assuming her current position in 2012, she has overseen consistent profitable growth across a diverse group of businesses through a focus on customers, technical excellence, operational efficiency and alternative distribution models. Over the past year, Ms. Savio has also overseen the successful integration of Rural Community Insurance Services, one of the largest crop insurance providers in the United States. Prior to leading Alternative Markets, Ms. Savio served as Chief Administrative Officer for Zurich North America where she oversaw various operational transformation initiatives, enhanced the North America shared services model and drove impactful employee engagement efforts. She has held a series of positions since she joined Zurich in 1991, including Vice President Corporate and Marketing Communications and Vice President of Strategic Initiatives. In addition, Ms. Savio is a passionate advocate for community engagement and diversity initiatives, serving as chair of the Z Zurich Foundation, Executive Sponsor of Zurich’s LGBT employee resource group, and as a member of The Chicago Network.

Mario Greco said: “Kathleen is precisely the type of new-thinking people-focused business leader we need to lead our North American operations in this next phase. She understands what it takes to grow a successful insurance business, has direct experience with various business models, and drives an unrelenting performance culture among her teams. She’ll be a welcome addition to our global executive management team.”

Ms. Savio will join Zurich’s Executive Committee October 1, 2017 as Zurich North America CEO-Designate, and will work closely with Mr. Foley before assuming the CEO role on January 1, 2018. The appointment is subject to regulatory approval.