Apprenticeships and worker retraining were two key topics that Zurich sought to highlight at a roundtable discussion on June 12 in Washington, D.C. 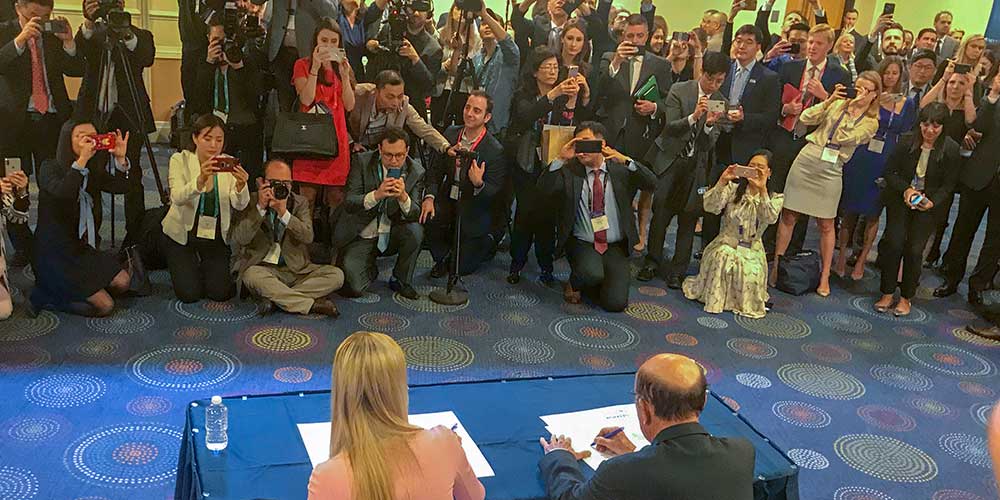 Bouchard advocated for building on the apprentice model by nationalizing it through a broader insurance industry effort and evolving it to include more mid-to-late career employees who need skills retraining to equip them for future roles.

In 2016, Zurich began working with Harper College and the U.S. Department of Labor to launch the first-ever apprenticeship program for insurance professionals in the United States.

Bouchard also raised the topic of sectoral skills redeployment, explaining that Zurich has begun discussions with the World Economic Forum on how to identify evolving sector needs and matching them to other sectors that have those skills.

Other topics discussed during the roundtable included visa challenges, the need for more vocational training and how to engage with community colleges and primary schools.

Zurich was also one of 66 foreign-based companies to sign a Pledge to American Workers during the SelectUSA Investment Summit in Washington. The companies have committed to creating 930,491 new training and apprenticeship opportunities.

Zurich had previously committed to hiring and training 100 apprentices over five years. Signing the pledge reaffirmed Zurich’s commitment to the program.

U.S. Secretary of Commerce Wilbur Ross and Advisor to the President Ivanka Trump participated in a pledge signing ceremony at the Summit.


“Your commitment to training, education and apprenticeships will enrich your companies, your workforce, and the communities in which you operate,” Ross said.