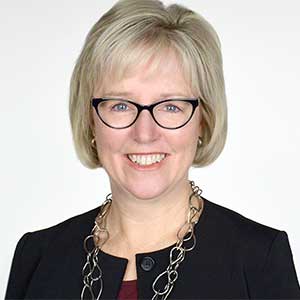 “Our ability to fill this position with someone from within our Zurich family is something to celebrate,” said Zurich North America Chief Executive Officer Kathleen Savio. “Laura has provided legal counsel and guidance to so many areas of our business over the last ten years. She is a highly regarded member of our team already and I look forward to her continued leadership, advice and advocacy as we go forward.”

As CLO, Lazarczyk leads North America’s Corporate Law, Corporate Investigations & Security Services (CISS), Government & Industry Affairs (GAIA) and Regulatory Services functions. She provides strategic advice, counsel and support to the Zurich North America CEO around execution of the Zurich Insurance Group strategy in North America. She reports directly to Group General Counsel Yannick Hausmann and has a matrix reporting line to Savio. As chief legal officer, she serves as a member of Zurich’s Group Legal Leadership Team and its North America Executive Committee. As part of her new role, Lazarczyk has been elected to the Board of Directors of the U.S. Chamber Institute for Legal Reform and joined the American Property Casualty Insurance Association (APCIA) Legal and Government Affairs Committee.

“I look forward to contributing to Zurich’s continued success by providing strategic legal counsel, regulatory governance and industry leadership to improve our customer, distributor and employee experience,” Lazarczyk said. “I’m proud to work for a company with a focus on new ways of working; making people and organizations more resilient; and providing insight, protection and transparency around the impacts of a changing climate.”

Lazarczyk has served as an assistant and an associate general counsel since she joined Zurich North America in 2009. She has been a member of the North America Leadership Team and a managing attorney responsible for providing legal counsel on enterprise-related legal and regulatory matters and collaborating with Zurich’s global legal organization on such areas as data protection and data security issues, global and regional commercial transactions, corporate investigations, human resources matters and corporate governance.

During her time with Zurich, she has served as the head of the Zurich Women’s Innovation Network (WIN); created and chaired Zurich North America’s Pro Bono Committee and is an avid pro bono supporter, advocate and attorney volunteer to nonprofits in her community.

Prior to joining Zurich in 2009, Lazarczyk was chief compliance officer, assistant general counsel and head of Human Resources at Rewards Network; and has worked in private legal practice for international firms based in the Chicago area.

Lazarczyk received her juris doctor degree from DePaul University College of Law and a Bachelor of Arts degree with honors from the University of Southern California (USC).