When Bauer switched production from hockey equipment to face shields for medical professionals, it needed an insurance solution—fast. 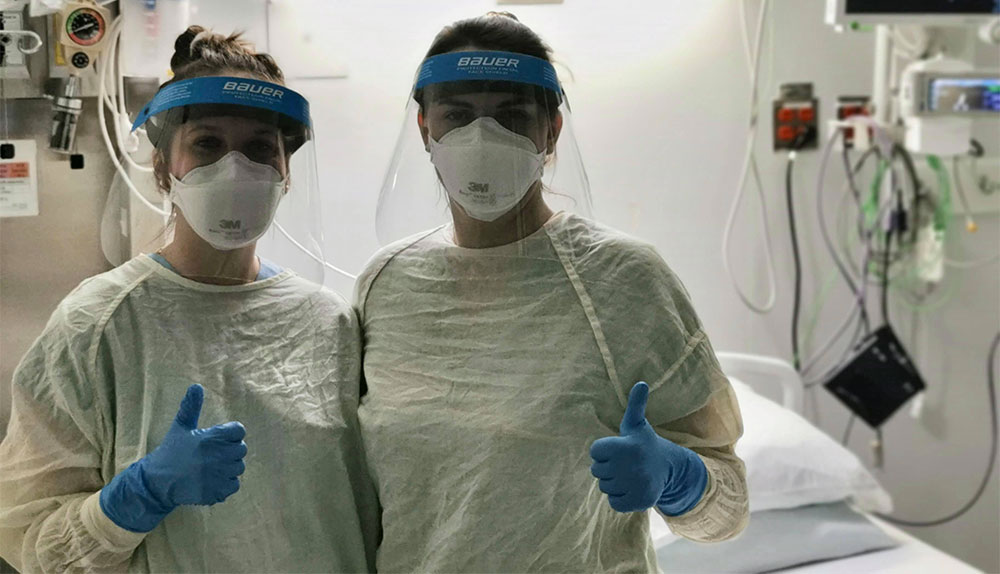 With the world going into self-isolation to slow the spread of the deadly coronavirus, hockey and lacrosse games at all levels have been put on hold for the foreseeable future.

For Bauer Hockey, which makes hockey equipment as well as lacrosse equipment through the Cascade Lacrosse brand, the drop in demand for new equipment meant they would likely need to close manufacturing facilities.

But then the company’s engineers came up with the idea of using those manufacturing sites to produce protective face shields to help protect front-line personnel, including medical workers and first responders, in the fight against COVID-19.

Bauer and Cascade quickly developed a prototype and began to retrofit production to accommodate the new product line.

In addition to creating a viable design, Bauer had other issues to address before ramping up production, including sourcing materials for the masks, creating a safe work environment for employees to prevent infections and securing insurance coverage.

Zurich Canada provides property, automobile, liability and cyber insurance for Bauer’s business. Now, Bauer was asking Zurich to help craft an insurance solution in less than a week for a whole new product line with a whole new set of risks.

“Confirming insurance coverage was an important factor,” said Mary-Kay Messier, Vice President of Global Marketing for Bauer. “It was a must-have, and it had to be done quickly. Short of a quick and effective agreement, we would have had to delay production. It’s times like these that demonstrate the value of a strong partnership.”

Matthew Arbuckle, a Casualty underwriting specialist for Zurich Canada, helped negotiate the deal, working with Bauer and the insurance broker, John Antonecchia of BFL Canada, with help from lawyers for both Zurich and Bauer.

“It was unchartered waters for them,” Arbuckle said of Bauer’s ambitious plan. “They had a new product, a new design, and they were in a hurry to start production.”

First and foremost, there were liability coverage concerns, but Arbuckle said that after several days of back and forth between Bauer, Zurich and BFL Canada, all parties arrived at a workable solution.

“We needed to make sure we could help, because we recognized that this is a humanitarian effort instead of a business transaction,” he said.

Zurich Canada CEO Saad Mered fully supported the underwriting team in its efforts to craft an insurance solution. “Let’s empower Bauer to do the right thing, right now,” he said.

The face shields are being manufactured at the Bauer Innovation Center in Blainville, Quebec, and Cascade Lacrosse in Liverpool, New York, and are being distributed to facilities in Canada and the United States. But demand for the protective shields has outstripped Bauer’s ability to produce them. So, Bauer is sharing its design, materials specs and instructions to encourage other manufacturers to follow suit.

Some NHL players have even joined the effort to combat the spread of COVID-19. Buffalo Sabres forward Jack Eichel purchased 5,000 face shields from Bauer that will be distributed to various hospitals throughout western New York. Bauer and Cascade are selling the shields at cost.

At a time when team sports are on hold, it was truly a team effort that made it possible for a sports equipment manufacturer to make face shields for medical professionals.

“A lot of different people had to come together and realize this is for the good of everybody,” said Larry Weber, Senior Director, Product Integrity, Bauer Hockey.