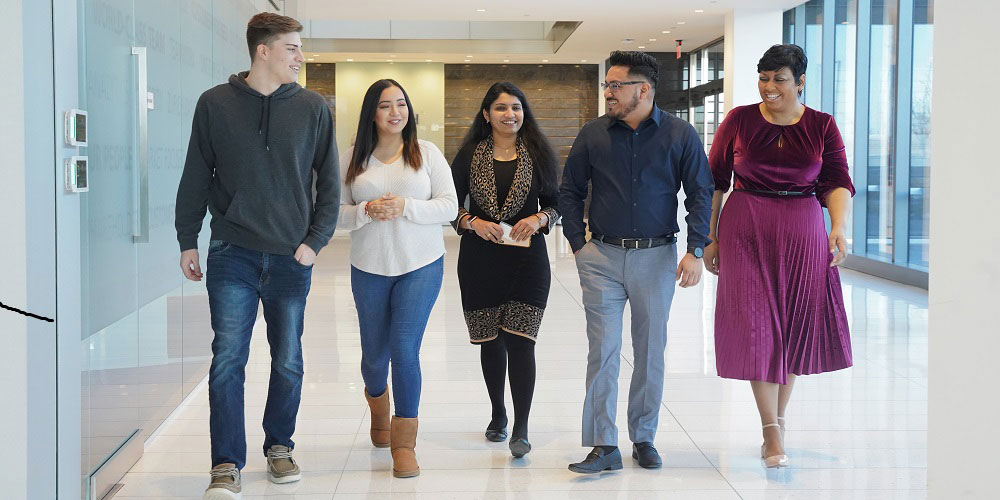 Zurich North America CEO Kathleen Savio remembers walking into the White House in 2015 to talk with other business and government leaders about workforce development. Conversation quickly led to action. In that meeting, Savio signed Zurich North America’s pledge to start an apprenticeship program. Today, that pioneering program has surpassed its original goals, inspired other programs and now is sparking a movement for an industrywide expansion.

This week, the American Property Casualty Insurance Association is announcing the formal launch of Insurance Apprenticeship USA (IAUSA), in collaboration with Zurich North America, the U.S. Department of Labor, The Hartford and Aon. As early adopters of insurance apprenticeship, Zurich, The Hartford and Aon will share their experiences and models to help equip other insurance providers, brokers, agents and risk managers to adapt the framework to their business needs in communities across the United States.

Savio proposed a coordinated apprenticeship program to APCIA in fall of 2019 based on the success of Zurich’s program, which was the first insurance apprenticeship to be certified by the Department of Labor. Since welcoming its first apprentices in 2016, Zurich’s program has provided a two-year, debt-free path to an associate’s degree and a professional role at Zurich with market-competitive pay, tuition coverage and full benefits.

The program has attracted military veterans, people aspiring to move from a job to a career, parents returning to the workforce after a hiatus, and high school graduates who faced hurdles to pursuing a four-year college degree. Zurich is on track to exceed its goal of hiring 100 apprentices by the end of 2020.

“Since 2016, we have seen the power of apprenticeships to change lives and channel new, diverse talent into our business,” Savio said. “We believe apprenticeships can help fuel innovation across the insurance industry while solving for societal challenges such as the expense of higher education, unequal access to opportunities and the growing need for technological skills. We all benefit from a thriving industry and workforce.”

The launch of Insurance Apprenticeship USA coincides with a federal budget proposal that would increase funding for career and technical education (CTE), as well as a new House bill, Senate bill and grant funding designed to expand apprenticeship programs. While many CTE programs have historically focused on vocational education that funnels people into construction and other trades, policymakers and business leaders have recognized that apprenticeships can open doors for people who dream of a professional career but can’t afford to pursue a bachelor’s degree for a variety of reasons.

Apprenticeships can help close skills gaps in the innovation economy, improve access to career opportunities, and help reskill workers whose jobs have been or will be disrupted by technological advancements. Zurich sees apprenticeship as a future-of-work solution that supports resilience and sustainability.

IAUSA can help address workforce challenges for the insurance industry, which is seeing a wave of retirements and intense competition for Gen Z and millennial talent in a tight labor market.

“The insurance sector can lead the way in developing innovative approaches to training, recruiting and retaining the next generation of leaders,” said Francis Bouchard, Zurich Group Head of Public Affairs & Sustainability. “By coming together under the Insurance Apprenticeship USA banner, we can create the scale to drive impact in communities across the country, while accessing much-needed new talent.”

Zurich’s Apprenticeship Program started with focus areas in claims and underwriting support. It has expanded to include a cyber security concentration in 2018 and a human resources path in 2019. In 2020 an IT concentration is being offered. These evolutions attest to the program’s value and its ability to address emerging needs.

Collaboration is a cornerstone of apprenticeship. To help build momentum and share best practices, Zurich was a co-founder of the Chicago Apprenticeship Network with Aon and Accenture. Zurich also helped author a grant application for Harper College, which has been the education provider for apprentices at Zurich’s headquarters in Schaumburg, Illinois.

Building the program together

As part of Insurance Careers Month in February, APCIA partnered with the American Council of Life Insurers and the Life Insurance Council of New York to host a New York conference, “Women & Diversity: Expanding Opportunities in Insurance.” During that conference, executives from Zurich North America, The Hartford and Aon shared their successes with apprenticeship. John Ladd, the Department of Labor’s Administrator for the Office of Apprenticeship, also presented data on the growth and benefits of apprenticeship. Afterward, attendees from several companies voiced interest in advancing insurance apprenticeship in as many as 10 communities across the U.S.

APCIA now is following up with those companies, seeking input on their needs while inviting others to join the IAUSA movement. IAUSA hubs may be created in certain communities to help deliver the educational curricula and maximize efficiencies, but hubs are not required. The goal of IAUSA is to catalyze regional companies to create insurance apprentice programs across the U.S.

“Every function in every organization has at least a few roles that could be apprenticeable,” said Al Crook, Zurich North America’s Head of Human Resources Business Partners. “Apprenticeship is not going to replace experienced hires, but it can free up some of that talent for more in-depth work while bringing in new, diverse talent and developing it from the ground up. Adding apprentices raises the bar of everyone on the team.”

As coordinator of IAUSA, APCIA will ensure the basic model is adaptable to individual business’ needs and tantalizing for candidates who traditionally might not have found a pathway into the industry, in part because of structural barriers such as four-year college degree requirements.

Zurich North America’s model adapted the Swiss framework of work-based learning. Zurich North America apprentices attend community college two days a week to earn an associate’s degree and work three days a week at Zurich. Upon successful completion of the program, they are promoted a level at Zurich. Some apprentice alumni choose to pursue a bachelor’s degree while working at Zurich after completing the apprenticeship.

Zurich graduated its first cohort of apprentices in 2017. They include Navy veteran Dane Lyons as well as Noelia Salgado, who before the program was working full time and attending community college classes nights and weekends, limiting her time with her young son. Both Lyons and Salgado have since been promoted and also serve as Zurich apprentice alumni advisers. “I want to give back to the program because I’m just so grateful,” Salgado said.

Apprentices bring value to the business, in part by challenging assumptions and contributing fresh points of view.

“Zurich’s Apprenticeship Program is critical to future-proofing our organization and energizing our workforce with diverse talent,” said William Schwartz, a Zurich Claims Call Center Manager who supervised several apprentices in his previous role as a Claims Administrative Manager. “I truly feel that apprentices have enhanced the work product that our team is able to deliver.”