Geopolitical risks: on the rise in executive minds

Geopolitical risks are particularly challenging for companies: they are hard to predict and their results can cascade into many other business risks. The interplay between economic and geopolitical challenges makes it even more difficult for businesses to manage their global value chain. These risks can have significant impact on businesses operating, selling or sourcing in the area. 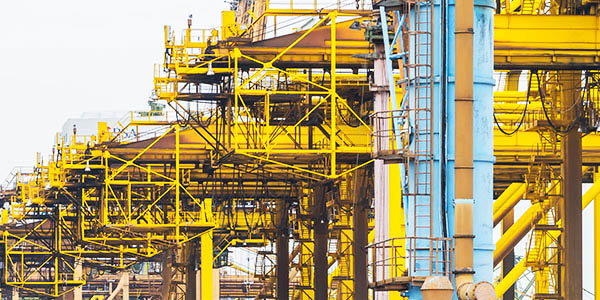 Geopolitical risks are particularly challenging for companies: they are hard to predict and their results can cascade into many other business risks. The interplay between economic and geopolitical challenges makes it even more difficult for businesses to manage their global value chain. These risks can have significant impact on businesses operating, selling or sourcing in the area.

In the Global Risks 2015 report, published by the World Economic Forum, Zurich Insurance Group, and other leading institutions, geopolitical risks accounted for three of the top five most likely risks. This is a significant development; the first time geopolitical risk has even appeared in the top 10 global risks recently, making a shift from the focus on economic risk that prevailed between 2007 and 2014.

While the report focuses on a timeline of 10 years, the business leaders and other decision-makers surveyed can also address shorter horizons. Interstate conflict was cited by 47% of respondents as a concern over the next 18 months, with similar results for other geopolitical risks, such as state collapse or crisis, failure of national governance, and terror attacks.

The report “demonstrates that geopolitical risks are on the minds of executives,” says Jim Thomas, Executive Vice President and Managing Director, Credit and Political Risk at Zurich Insurance Group. “There have always been latent political risks. It’s the surprising, high-visibility events recently that have raised awareness.”

When a Tunisian street vendor, Tarek al-Tayeb Mohamed Bouazizi, set himself on fire on December 17, 2010, as a protest against harassment by local officials, it became the catalyst for the Arab Spring. Within months, the governments had fallen in Tunisia, Egypt, Libya and Yemen and there was widespread public action across the Middle East, which continues today with violence in Libya and the civil war in Syria. According to the 2011 International Business Report (IBR) by professional services firm Grant Thornton UAE, 22% of businesses globally reported a negative impact from the uprisings—mostly related to fuel costs, because oil prices rose as a result of the region’s unrest. In addition, supply chains took a hit from longer shipping times because cargo was rerouted or even totally blocked. “It shows that risks are connected and that investments have been impacted in a violent way, very quickly, in seemingly stable places,” Mr. Thomas says.

What distinguishes geopolitical risks from other risk categories is their unpredictable duration. Wars may last a couple of years or drag on for decades. That makes business planning especially difficult amid conflict.

The strong interconnectivity between geopolitical risk and other risks holds clear ramifications for business. These include price volatility for energy and other commodities; foreign-exchange volatility; supply-chain disruptions and the collapse of consumer demand for products and services. Linda Conrad, Director of Strategic Business Risk, Global Corporate in North America at Zurich Insurance Group, points out that during a regional or national crisis, governments may struggle to maintain critical infrastructure and transportation nodes, or to contain a civil or labor disturbance. Governments may also try to increase revenues by raising taxes or confiscating assets under such politically charged circumstances.

Companies will feel the effects of geopolitical turmoil whether their activities in the area are manufacturing, selling or supplying, Ms. Conrad adds, and all organizations must consider the risks posed to their people, plant, procurement and their profitability. Political and economic risks also affect which potential new markets companies choose to enter, where they choose to source suppliers, where they site new facilities or subsidiaries, or where they make acquisitions.

In many cases, playing it safe isn’t an option: geopolitical risk is part of the territory in some sectors. Mining companies, for example, have to go where the resources are, which might include unstable or dangerous countries.

For most other companies, international growth—especially in fast-growing emerging economies—is essential to survival. Yet investment and sourcing decisions should be made with eyes wide open.

“We find that for the vast majority of companies we work with, it isn’t a question of ‘should we or shouldn’t we invest in this market,’” Mr. Thomas says. “The approach is more that ‘this is a good opportunity and we have to expand globally in order to keep growing.’ Companies are always looking for opportunities abroad. They may be able to choose within a particular region, but the assumption is that the investment is going to be made.”

How can companies deal with geopolitical risks? The process can be broken into three steps: diversification, risk assessment and risk mitigation.


Look at Egypt, a nation of 90 million people, which had a stable government for 30 years. In January 2011 protests broke out against poverty, corruption and unemployment, leading to 840 deaths and the president’s ousting. Gross domestic product growth slumped to 0.1% a year from 5%. Tourism dried up—to 9.5 million tourists in 2013 from 14.7 million in 2010. Multinationals closed facilities in the country, hoping the shutdowns would be temporary, and several oil companies pulled out. Shipments of valuable Egyptian cotton and other goods were disrupted. The currency has depreciated 21%, driving up food and fuel prices and sending many more people into poverty. Unemployment has risen to 13% from 8.9% since 2011, and in 2014 inflation reached 10%. Four years on from the Arab Spring, tourism is rebounding in spite of the rising risk of terrorism and high levels of corruption, and economic growth is forecast for 3.5% this year.

The growing global threats highlighted in the Global Risks 2015 report underscore the need for companies to be more proactive in addressing emerging risks. The report offers both an 18-month and a 10-year time horizon. It is important to develop a three-pronged global strategy to longer-term risks:

(1) anticipate / quantify exposures, and (2) mitigate / plan resilience, then (3) finance / insure business exposures. Tools such as business interruption modeling, supplier risk assessments, and business continuity planning can work together with insurance solutions to support companies in identifying and managing exposures that can have the largest impact, individually or in combination.

When many companies decide to abandon an unstable market, it can accelerate the country’s problems—and make the situation more acute for companies that had decided to hang on. Risks originating in one country can also affect its neighbors.

In Russia, sanctions imposed because of that country’s actions in the Ukraine beginning in February 2014 have driven down the ruble more than 50%, fueling inflation. Interest rates, below 6% before the crisis, jumped as high as 17%, making Russia less attractive as a destination for foreign investment. Foreign direct investment had been booming, rising 40% in 2013 from a year earlier, only to fall 70% in 2014 as companies canceled plans in Russia or even pulled out of the country completely. The result: the World Bank lowered its economic projection for Russia to a contraction of 2.9% from a contraction of 1.5%.

Egypt illustrates how geopolitical risks are interconnected with other risks, such as internal market collapse, currency controls (instituted in 2012) and security. However, geopolitical risks can arise without a revolution taking place. Under its then-President Hugo Chávez, Venezuela expropriated hundreds of companies, foreign operations of multinationals and land from 2005 until his death in 2013. Governments may change regulations to favor local companies. Rising corruption—which is hard to measure—can add time and money to bureaucratic red tape. Failure of national governance can mean a government is unable to cope with a natural disaster or to provide basic infrastructure.

Sanctions are the international community’s method for peacefully dealing with a country’s actions that other nations find objectionable. However, much of the geopolitical risk today comes from non-state actors and from terror organizations, to individual terrorists and criminal gangs. These risks are harder to gauge because the actors aren’t tied to a territory, nor do their goals allow for negotiation or cooperation. These non-state groups may even threaten to undermine the logic of our current global economic cooperation and, potentially, the entire international rule-based system.

“It’s not just a rise of non-state actors, but also a proliferation of them in terms of the resources and capabilities they possess and the amount of territory that some of them control, such as ISIS,” Mr. Thomas says. “It’s something everyone is struggling with right now. Dealing with it is going to require the same considerations of being risk-aware and taking the effort to protect yourself.”


Supply-chain risk assessment and insurance, coupled with business continuity planning, can help increase resilience if a supplier is shut down due to political events, if ports are closed, if local governments mishandle natural catastrophes. Kidnappings and ransoms can be insured, along with experts who can help in working to get your employee back. Cyber insurance is growing as cyber-criminal gangs operate with impunity from foreign countries.

Many large corporations have captive insurance entities for self-insurance. Companies need to review the risks their captives cover, even when geopolitical strife seems far away, Ms. Conrad says. For example, risks surrounding property, equipment, worker safety and the supply chain may increase as a result of insufficient infrastructure, which in turn is a result of governments in crisis being unable to conduct proper maintenance or construction. Captives can be used as long-term vehicles to help insure emerging risks, with manuscript policies and customized programs for political exposures, supply chain, cyber or other risks. Captive usage can encourage discipline in the risk-management process, from gathering data and attempting to quantify exposures, to promoting risk engineering to improve preventative loss control. Another intrinsic benefit of captives is the possibility to work with partner companies to grow into risk assumption, stepped up over time in partnership. Captives can also encourage moving the risk agenda into catastrophe protection and a more global enterprise approach.

“We exist to facilitate cross-border investments, so companies can make the investments they need to make while still being protected from many of the geopolitical risks they face,” Mr. Thomas says.

How can you lower your business risk when threats – like political unrest in other countries – are outside of your control?