Andrea Edwards joined Zurich’s Global Energy Division in 2012. In her role, she is responsible for... About this expert 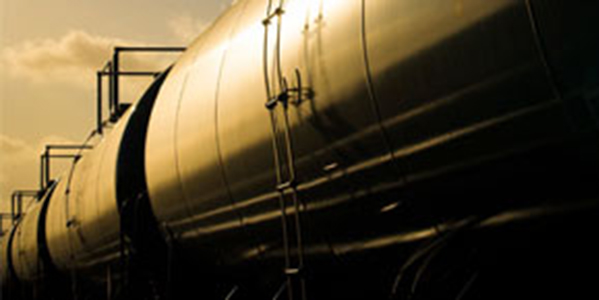 Commentators have speculated that Bakken crude oil is more hazardous than other crude oils, exacerbating the severity of rail transport incidents. To determine whether Bakken crude is more hazardous, studies have focused on the physical aspects of the crude oil, namely density, boiling point, flash point and vapor pressure.

Crude oil is comprised of a blend of various types of hydrocarbons. Refineries separate these components and process them into saleable products. A light crude oil, rich in products such as gasoline and diesel, can be separated with minimal additional processing and has a higher market value. The heavier components in a crude blend have a lower market value when sold as is and must be further processed to produce valuable materials. The petroleum industry measures the density of the crude to determine its composition. Bakken crude’s density is comparable to West Texas Intermediate (WTI) crude, the benchmark for light, sweet crude oil pricing in the U.S.

Transported crude oil must be properly classified in order to ensure proper material handling practices are employed. The U.S. Department of Transportation (DOT) classifies materials by hazard class and packing group. All crude oil falls under Hazard Class 3 – flammable and combustible liquids. The packing group classification, based on boiling point and flash point values, measures the danger level of the material, with PG I being the most dangerous and PG III being the least. Bakken crude can fall in PG I or II based on the boiling point, which varies between 80-150F, and a flash point below 73F. In comparison, WTI has a boiling point between 83-182F and a flash point below 73F, making it a Class 3, PG I or II as well.

The main differentiating characteristic with respect to Bakken crude is vapor pressure — the measure of a liquid’s ability to vaporize at a specific temperature. While not all materials with high vapor pressures are flammable, in the case of crude oil and other hydrocarbons, a higher vapor pressure is indicative of increased flammability.

The higher volatility of Bakken crude can be attributed to the higher condensate percentages.Condensates, in this case, are very light hydrocarbons such as ethane, propane, butane and pentane. WTI averages 1% condensate, while Bakken crude averages 3%.

Bakken crude is a hazardous chemical with the potential to cause significant damage, including fires and explosions. While the density and flash point are within the range of other comparable crude oils, the higher vapor pressure and condensate values give cause for concern. The very properties that make Bakken crude desirable to the petroleum industry increase the risk of transporting and handling it, as these correlate to higher flammability.

One way being discussed to reduce this risk is to strip off the light end materials to limit the vapor pressure of the crude oil. As of April 1, 2015, North Dakota law limits the vapor pressure of Bakken crude oil shipments to 13.7 psi. However, most of the Bakken crude being shipped is already below this level. Moreover, if we look at the Lac-Mégantic rail explosion from 2013, that crude’s vapor pressure tested at just above 9 psi and would not have been impacted by this limitation.

Crude oil composition is not the root cause of the rail incidents that occur, but it is a major contributor to the severity. The high volumes of crude being transported across North America on a daily basis inherently lead to increased opportunities for equipment and safety failures; so, while addressing the crude composition is a great start, railway operating practices and track maintenance also need to be addressed.