The ten year anniversary of Katrina is our opportunity to celebrate those who have chosen to rebuild to a greater, resilient standard, knowing that the next storm is not a matter of if, but when. 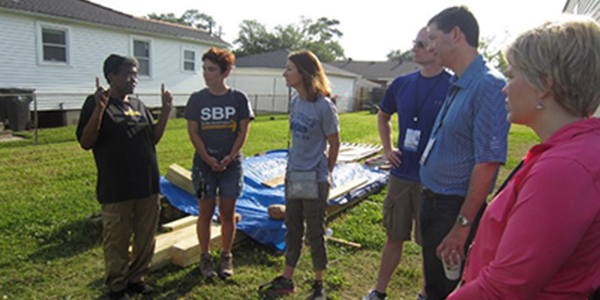 Ten years ago this week, I, like many Americans, was stunned by the news coverage of Hurricane Katrina’s devastation. The toll on the citizens of New Orleans and other Gulf Coast communities across more than 90,000 square miles affected by the storm was sobering. In contrast, when I look at New Orleans today, I see a city in recovery illustrated by milestones in economic development, community engagement and government reforms aimed at rebuilding stronger and better than before. The ten year anniversary of Katrina is our opportunity to celebrate those who have chosen to rebuild to a greater, resilient standard, knowing that the next storm is not a matter of if, but when.

In the immediate aftermath of the storm, Zurich fulfilled our promise to our customers paying roughly million in losses, quickly and fairly handling more than 11,000 customer claims. Over the decade of recovery Zurich has also demonstrated our commitment to communities in which our customers operate by contributing more than million to local charities in connection with the Zurich Classic of New Orleans. Generating million annually in economic activity, the 2006 tournament was a vote of confidence for the devastated community, becoming a symbol of recovery for local residents and businesses to rally around as the first major sporting event since the storm.

Large-scale disasters vividly demonstrate the need to invest in risk reduction measures before events happen, but it can be difficult for communities to plan and take proactive, preventative actions. Public-private partnerships can be a catalyst for high-value investments over the long-term. The Greater New Orleans Urban Water Plan presents a new vision for the Crescent City to develop sustainable strategies – including public and private investment – for managing water resources over the 50 year time horizon of the plan. It is estimated that implementation of the plan would spur up to billion in economic impact, supporting roughly 100,000 direct and indirect, full and part-time jobs.

For Zurich, enhancing resilience requires taking a comprehensive approach because communities are dynamic, interconnected systems. The complimentary sources and quality of capital – Physical, Financial, Human, Social, and Natural – are the lynchpin in the ability to withstand shocks, contain losses and recover in a timely manner. This framework provides a system that can be measured, and compared within and across communities. In New Orleans, pursuing resilience is about recognizing that sea level rise, flooding and subsidence are ongoing threats to capital that impact human safety, public health, the economy, quality of life and culture of the community.

Insurance can play a key role in driving resilience. The fundamental functions of insurance – underwriting, risk engineering, claims management and asset management – are some of the greatest tools we have to encourage individuals, businesses and communities to understand and protect themselves from risks, and pursue long-term infrastructure projects.

This week, I am proud to represent Zurich and join thousands in New Orleans to celebrate the progress made over the past 10 years through a series of events focused on creating a vision for the future and service in the local communities. As illustrated in Dr. Judith Rodin’s book, The Resilience Dividend: Being Strong in a World Where Things Go Wrong, we should create and take advantage of new opportunities in good times and bad. It’s the notion that a “stitch in time saves nine” applied broadly to development and disaster recovery that can lead to a safer, more solvent future for us all.