The global impact of not having good government credit. 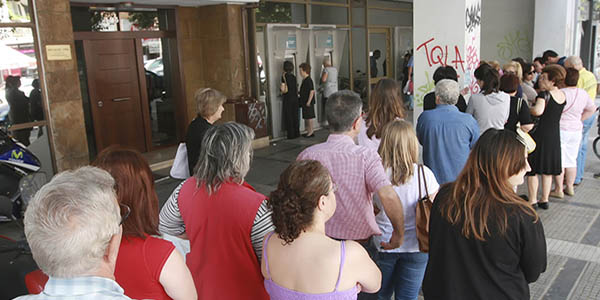 Greece’s missed payment at the start of July to the International Monetary Fund (IMF) has brought up major concerns regarding the proposal of the country’s creditors and what a possible default could mean not only to the European Union (EU), but worldwide. It has raised many questions about Greece’s long term economic viability and EU membership, as well as how the EU views itself and operates. One of the biggest concerns regarding the economic problems in Greece is what this might mean for government creditworthiness around the world, which could have major consequences for societies and businesses.

Creditworthiness comes down to the ability and willingness of a debtor to pay its debts. We know the ability of governments – sovereign, sub-sovereign, local, state-owned enterprises – has been impeded by weak economic growth following the global financial crisis, reducing tax revenue. At the same time, a massive increase in government debt has added to the problem.

According to a McKinsey study, the global stock of debt has increased by USD 57 trillion since 2007, 25 trillion of which is on governments. The compound rate of the growth in government debt has been 9.3 percent per year since 1997, far beyond economic growth and any other category of debt growth. Countries that are dependent on oil and other commodity prices, such as Russia, Venezuela and Nigeria, face another serious blow to their fiscal strength in the current environment. China has seen a massive increase in government debt as a vehicle to continue stimulating the economy over the past several years; it has reached the point where “the debt of many local governments is probably unsustainable,” according to McKinsey.

The willingness of governments to pay their debt is integrally connected to their politics, and in this sphere we have seen deterioration well beyond that of Greece. Even in the U.S., we’ve seen a shift. In 2011, S&P downgraded the United States from AAA to AA+ largely because of the inability of the White House and Congress to agree on the debt limit, spending and taxes; some congressmen even raised the possibility of a U.S. sovereign default. In 2013, Detroit filed for bankruptcy, and Puerto Rico currently faces a debt crisis and possible default.

In recent years, Zurich has seen a number of arrears, defaults and sovereign non-honoring political risk insurance claims arise on individual transactions – loans and sales contracts – with governments in Asia, the Caribbean, Africa and the Middle East. Government defaults are nothing new – they are almost as old as debt itself. However, in the modern era they have been infrequent and generally restricted to the emerging markets. The difference today is that we see real questions about the ability and willingness to pay even in the industrialized world, including the U.S. and EU.

Banks that lend to governments, companies that sell to them and insurers that cover non-honoring risk against them are immediately impacted, but there are much broader risk implications in the form of currency values, interest rates, banking system integrity, economic growth and employment, public services, infrastructure and ultimately political stability in many areas. Market participants should take note that the ground that they have taken for granted for many years has shifted.