An update on avian flu in the United States

For many years, we have heard about avian and other types of flu outbreaks across the globe. Unlike strains that infect land animals, bird or avian flu has the ability to spread over long distances, making detection and eradication of these viruses difficult. 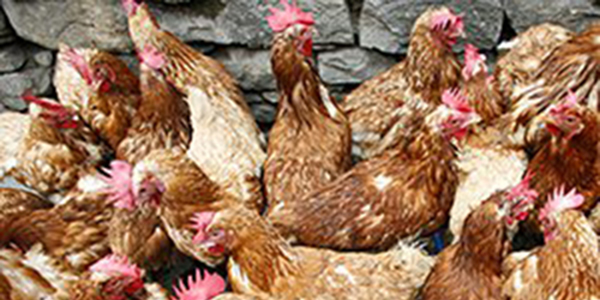 For many years, we have heard about avian and other types of flu outbreaks across the globe. Unlike strains that infect land animals, bird or avian flu has the ability to spread over long distances, making detection and eradication of these viruses difficult. Each year, scientists at the U.S. Centers for Disease Control and Prevention (CDC) formulate a flu vaccine for public inoculations. The developed serum is based on the flu strains that are considered most likely to be contagious to humans in the coming year. While some years the inoculations are less effective than in other years, they have prevented widespread flu pandemics.

To gather the necessary information, researchers monitor and test migrating birds for flu strain infection. In fact, millions of tests on migrating birds were completed prior to 2015 without a single positive avian flu virus detected in the United States.

In January 2015, something changed. Highly pathogenic sub-strains of H5N1, H5N2 and H5N8 were detected in 14 commercial hens and turkeys. These were the first reported infections of these sub-strains originating in U.S. birds. The infections may have been caused by migrating birds crossing from Asia across Canada into the Midwestern United States, home to most of the U.S.’s commercial poultry farms. Feces from infected birds spread the virus. Despite stringent biosecurity controls to prevent the transmission of viruses, these sub-strains are highly pathogenic and the slightest lapse in biosecurity can result in widespread infection. In the case of these viruses, a single infected hen can wipe out the entire population within one or two days.

Since being detected, the three sub-strains have spread to poultry farms in more than 12 U.S. states. Subsequently, the CDC and the United States Department of Agriculture (USDA) required farmers to cull more than 40 million birds, resulting in increased retail egg prices and a possible shortage of turkeys for holiday dinners.

The CDC and USDA remain concerned that fall migrations could further spread the virus to Mid-Atlantic States where the U.S. broiler chicken industry is located. The broiler industry farms are taking extra precautions to help prevent viral spread to their business. If these farms are infected, the U.S. could see a shortage of broiler chickens in grocery stores and restaurants, in addition to a shortage of turkeys.

From a human transmission standpoint, none of these viruses have infected humans in the United States, but concerns remain. The highly pathogenic avian strain could mutate with other avian flu viruses to create a new strain, which could potentially infect humans and lead to a new flu pandemic. Currently, the CDC is working to create a vaccine to prevent a human pandemic. In the interim, aside from biosecurity controls being followed by the affected poultry industries, individuals should avoid close and prolonged contact with wild birds, including ducks, geese, osprey and others.


The information in this publication was compiled from sources believed to be reliable for informational purposes only. All sample policies and procedures herein should serve as a guideline, which you can use to create your own policies and procedures. We trust that you will customize these samples to reflect your own operations and believe that these samples may serve as a helpful platform for this endeavor. Any and all information contained herein is not intended to constitute advice (particularly not legal advice). Accordingly, persons requiring advice should consult independent advisors when developing programs and policies. We do not guarantee the accuracy of this information or any results and further assume no liability in connection with this publication and sample policies and procedures, including any information, methods or safety suggestions contained herein. We undertake no obligation to publicly update or revise any of this information, whether to reflect new information, future developments, events or circumstances or otherwise. Moreover, Zurich reminds you that this cannot be assumed to contain every acceptable safety and compliance procedure or that additional procedures might not be appropriate under the circumstances. The subject matter of this publication is not tied to any specific insurance product nor will adopting these policies and procedures ensure coverage under any insurance policy.