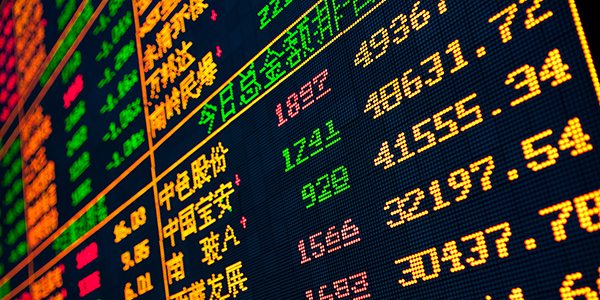 It was a tough summer for the Chinese economy. A surprise devaluation of the Chinese yen (RMB) followed by a large drop in Chinese stock prices exacerbated worries of a China slowdown, leading to increased volatility in global equity markets. Some analysts were even predicting a coming China crash with knock-on effects that could lead to another global recession. A look into the composition of corporate financing in China, however, reveals that the potential systemic risk from this sector is relatively low. It also highlights a more pressing concern, the issue of China’s overreliance on debt.

While we are not looking at a domino effect with the economy, the recent economic changes in China give economists reason to believe credit risks are on the rise and creditors need to be prepared. American exporters and banks offer billions of dollars in credit lines to Chinese buyers and borrowers, and they depend on these customers to pay them back. The U.S. Census Bureau reports that U.S. companies exported over billion worth of goods and services to China in 2014. Every exporter would be vulnerable to the credit risk on Chinese buyers.

The Chinese stock market has never been a very good gauge of macroeconomic health. Prior to the onset of the Global Financial Crisis in 2007, the Shanghai Stock Exchange Composite gained roughly 200 percent over the preceding year, topping 6000. It subsequently crashed to below 2000 and remained stagnant through 2014 with no discernable impact on Chinese growth. The lack of correlation between equity prices and broader economic performance shouldn’t be a surprise. Even with the recent surge in the number of equity investors, the Chinese central bank reported that in August 2015, equity purchases made up less than 5 percent of Total Social Financing (TSF). This is in stark contrast to over 77 percent for bank financing alone. Because equity markets comprise such a small share of total savings and investment, the knock-on effects of even a significant decline are relatively muted.

Debt financing, however, which makes up such a large part of TSF and has grown at a breakneck pace since the Global Financial Crisis (GFC), should be a concern for market participants. Credit growth in China since the GFC is well-documented. McKinsey has noted that “total debt has nearly quadrupled” since 2007. The size of debt is further complicated by pricing that might not have been reflective of the risk. During the years since the GFC, Zurich Credit & Political Risk, one of the largest credit and political risk insurers, saw a dramatic increase in the demand for coverage of Chinese credit risk while at the same time seeing a significant decrease in risk premia. This combination of rapid credit growth and low interest rates could lead to problems for corporates when the economy slows and the credit tap starts to run dry, which is now becoming a concern.

While private firms now make up roughly 75 percent of the Chinese economy, the problem of corporate debt is exacerbated by state-owned enterprises (SOEs), which have long-dominated corporate finance in China. Because many SOE borrowers were seen to have an implicit government payment guarantee, they were able to avail themselves of credit beyond what their financial situation would normally allow. Recently, however, the situation has changed. Baoding Tianwei, a state-owned electrical equipment manufacturer, became the first SOE to default on its debt when it failed to pay interest payments on a bond in April 2015. Since then,a larger, central government controlled SOE, China National Erzhong, also came close to default before its debt was assumed by its larger parent company. State ownership can no longer be a proxy for financial solvency, and the appetite for credit risk in China can no longer depend on expectations of a government bailout.

Concerns for such counterparty credit risks are not new. Credit insurers have noted a rise in payment delays by Chinese corporates in the last year. This is mirrored in official bank statistics, which have seen increases in overdue amounts and Non-Performing Loans (NPLs) over the same time. With such increases in credit risk, Chinese lenders are becoming increasingly cautious. In a bankers’ survey conducted by China’s central bank in Q3 of 2015, confidence in the economy declined to 40.6 percent from 59.1 percent the previous year.

The possibility that this may result in liquidity constraints for some corporates is very real. Borrowers may find it more difficult to rollover existing financing, which could jeopardize their continuing operations and their ability to pay debt. While Xi Jinping has called this period of slower growth, “China’s new normal,” it presents new and real challenges for creditors. Market participants in North America are well advised to adapt to the changing circumstances and be wary of the risks.