Recent surveys show that many companies are still not prepared to manage the fallout from a cyber attack on their own business or within their supply chain. 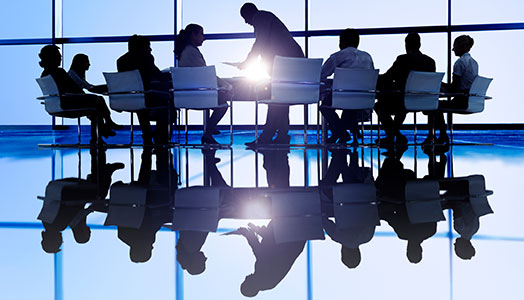 A growing number of businesses are falling victim to cyber crime, but new survey data shows that most companies are lagging behind when it comes to preparing for an attack.

Over a quarter of respondents to The Global Economic Crime Survey 2016, an annual survey conducted by PwC, said that they had been affected by cyber crime in the past year. Troublingly, a further 18 percent said they did not know whether or not they had been attacked, while 34 percent said they expected to be attacked within the next two years. About 50 of the 6,337 companies in 115 countries that completed the survey suffered losses in excess of USD 50 million, a third of which saw losses over USD 100 million.

More than half of respondents, 53 percent, believed the risk of cyber crime had increased, but only 37 percent had a cyber-incidence response plan in place. Only four in ten had properly trained personnel to respond to a cyber emergency, three quarters of which were IT security staff.

Those findings closely match data from Mitigating the Inevitable: How organizations manage data breach exposure, a report published by Advisen in March, 2016.

Advisen found that while 80 percent of surveyed organizations were worried about a potential data breach, and 17 percent had experienced one over the previous year, less than half of respondents thought that their company was adequately prepared to fend off an attack.

While 75 percent of respondents to the Advisen survey, which polled companies in the U.S., said they had a data-breach response plan in place, only 42 percent of those had tested it. Six out of every ten believed that their IT teams were responsible for managing the response to a cyber attack.

Walls are not enough

That seems short-sighted as the costs of a data-breach include reputation damage, business interruption costs, supply chain disruption, mandatory notification of customers and a host of regulatory and legal issues that stretch beyond the networks and systems that may have been breached and could be existential for any company.

Such a complex combination of risks and effects requires a coordinated, multi-stakeholder response led by the C-suite, rather than a response focused on solving the technological challenges posted by the initial breach.

Businesses must adopt a mindset of resilience rather than just protection; those that identify all possible risks and have an action plan in place are those that will prove most resilient and quickly get back to meeting the expectations of their customers and their shareholders.

To develop that resilience, Zurich advises its customers and partners to:

Over the past decade, The Global Risks Report has expanded its scope from analyzing the interconnected and rapidly evolving nature of global risks to also putting forward actionable solutions and calling for public-private collaboration in strengthening resilience.