How to avoid corrosion in fire sprinkler system pipes

How to avoid corrosion in your building’s fire sprinkler system pipes and steps your business can take to help fix it.

Michael D. Widdekind has more than 25 years of experience in the loss control profession. As... About this expert 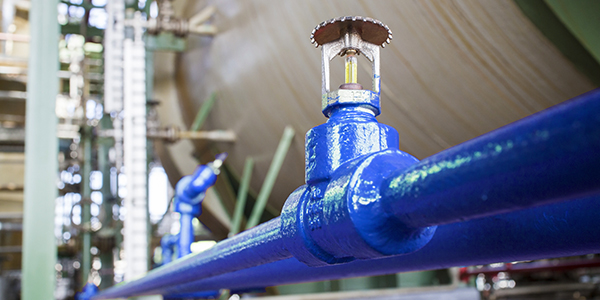 how to avoid corrosion

Fire sprinkler systems are rather robust piping networks. This robustness makes them valuable as a fire suppressant measure and a key component of workplace fire safety. However, because they are made of pipes, which are subject to corrosion, fire sprinkler system pipe corrosion is a common occurrence.

What are the consequences of corroded pipes?

Corrosion can occur both inside and outside pipe surfaces. One common form of internal corrosion is microbiologically influenced corrosion (MIC). MIC can be responsible for:

While scale build up can be good for starving a microbe community and protecting the interior of pipes from pitting and pinhole leaks, it can present its own set of problems. If not kept in check, scale can clog test connections, potentially rendering sprinkler heads useless.

How to avoid corrosion

Maintenance of fire sprinkler systems is essential for reducing the risks associated with corrosion. While there is no ideal method to avoid a re-occurrence of internal pipe corrosion, companies can work with their sprinkler contractor to review available methods to reduce corrosion.

The information in this publication was compiled from sources believed to be reliable for informational purposes only. All information herein should serve as a guideline, which you can use to create your own policies and procedures. Any and all information contained herein is not intended to constitute advice (particularly not legal advice). Accordingly, persons requiring advice should consult with independent advisers when developing programs and policies. We do not guarantee the accuracy of this information or any results and further assume no liability in connection with the publication and sample policies and procedures, including any information, methods or safety suggestions contained herein. We undertake no obligation to publicly update or revise any of this information, whether to reflect new information, future developments, events or circumstances or otherwise. The subject matter of this publication is not tied to any specific insurance product nor will adopting these policies and procedures ensure coverage under any insurance policy. Risk engineering services are provided by The Zurich Services Corporation.