Lessons learned on the links can be applied to business.

Kathleen Savio is Chief Executive Officer for Zurich North America, a position she has held since... About this expert 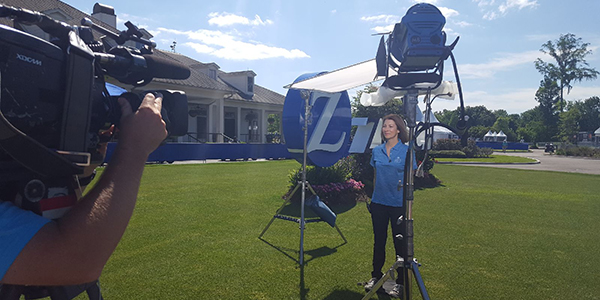 A lot goes on behind the scenes at a golf tournament. This is especially true when the tournament is the first-ever PGA TOUR FedExCup event with a new two-man team format. Drama reigned at this year’s Zurich Classic of New Orleans. Torrential storms stopped play on the fourth and final day, causing the course to be evacuated. Then, after 72 holes, there was a two-way tie, forcing a Monday playoff that lasted four extra holes.

Zurich Insurance is the title sponsor of the Classic.As a Zurich employee, I had the privilege to go inside the ropes for an up-close view of the action. Here are some observations about creating winning teams that can be applied to business after watching the top golfers in the world pair up to battle it out for the Zurich Classic title.

Do your homework and know your strengths. Teammates Jason Day and Rickie Fowler studied video from previous Zurich Classics. They looked at every single hole that they previously played to figure out who played which hole better. From there, they came up with their game plan.

Focus on doing the best job you can for your team. I overheard Rickie Fowler talk about how important it was for him to do the best he could for his partner. He said all he wanted was for Day to reciprocate and just do his best.

If you mess up, don’t dwell on it.  Move on. Golfers on the Tour don’t typically play foursomes (alternative shot) and four-ball (best ball). So, hitting a bad shot is bound to happen. When it does, the best players recover quickly. They assess the situation in front of them and make the best of it instead of dwelling on the past.

Think like a CEO. Justin Rose said that he is the CEO of his career and makes sure he builds a strong team around him who will help him succeed. Rose admitted that he can’t do everything himself – and he shouldn’t. After years on the Tour, he said he puts a strong team in place and trusts them to deliver. He understands what it takes to win and be a better player.

Keep your emotions in check. As the Associated Press described the finish, twenty-three-year-old Cameron Smith “kept his emotions in check long enough to stick a 58-yard lob wedge within 3 ½ feet of the pin on the fourth playoff hole – the par-5 18th – and sink his birdie putt.” Being able to control his emotions led Smith and his teammate, Jonas Blixt, to win the Zurich Classic.