Building resilience to hurricanes, floods, winter storms and other severe weather can double as business development for international companies large and small. 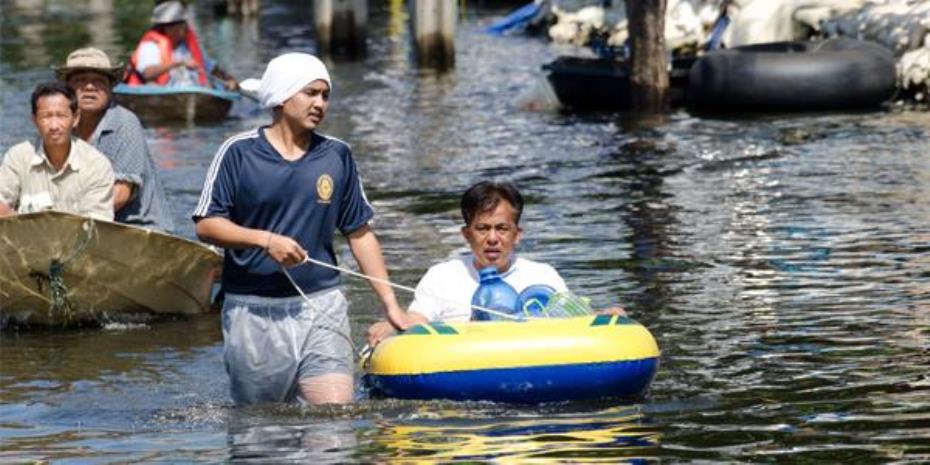 Remember when weather was just small talk among patrons sipping coffee at the local diner? Now, the impacts of hurricanes and other natural disasters have blown into the boardrooms of global companies, carrying bottom-line implications.

One stat sums up why: In less than 10 months in 2017, 15 weather and climate disaster events caused losses exceeding billion each across the United States alone, according to the National Centers for Environmental Information. By comparison, between 1980 and 2016 the U.S. average of billion-dollar-plus* events was 5.5. The annual average for the most recent five years (2012–2016) was 10.6 events.1

The severe storm events that occurred in 2017 illustrate the breadth of weather-related risks affecting global businesses and the economy:

Volatile weather, which many scientists attribute to broader climate change, is challenging businesses to build resilience. While solutions are not easy, many businesses and organizations are working to adapt. It starts with recognizing the trends.

While many of us associate severe weather with warm-weather events such as hurricanes Harvey, Irma and Maria, or the wildfires in California, winter’s cold temperatures don’t put the risks in hibernation.


Flooding has become an extremely costly, all-season, worldwide issue. Flood hazards are projected to increase in more than half the world’s regions, according to the World Bank8, in part because of rising sea levels, compounded by rapid coastal development.

Sea level rise is occurring throughout the world, but not necessarily at the same rate in all locations. According to the National Oceanic and Atmospheric Administration, the population, location and topography of Miami-Dade County in Florida makes it particularly vulnerable to sea level rise;10 causing flooding conditions, soaking parking garages, closing malls and stranding cars and residents, even on fair-weather days.

That has implications for valuable real estate developments and for infrastructure built for lower sea levels but designed to last for 50 or 75 years.

But business owners, public officials and activists have collaborated on many notable resilience improvements.

In 2014, the city of Miami Beach invested millions of dollars replacing some of the gravity-based drainage system with a pump-based system, which resulted in reduced flooding events in the city, according to a study in Ocean & Coastal Management.11

Many new roads, buildings, seawalls and electrical boxes are being raised higher or are adding flood barriers.

The Brickell City Centre shopping complex in downtown Miami was built with flood gates for the underground car park. A tunnel that runs from the Port of Miami to I-395 was equipped with a gate that drops to seal it at both ends in the event of a hurricane. A wastewater treatment plant on Virginia Key, off of Miami Beach, is placing critical parts of the plant – those that keep raw sewage from flowing into the streets in a flood —17 to 20 feet above sea level, versus the previous 10-15 feet. In some locations, tidal valves, which allow stormwater but not saltwater to pass through, are being installed.8

This can strain water-table resources, increasing saline content. When that water is used for irrigation, crop yields can be negatively affected.

Both floods and droughts can result in water scarcity, a risk multiplier that is greatly underestimated, according to Zurich’s Risk Report on Water Scarcity. For business, water-intensive sectors such as food and beverages, pharmaceuticals, IT equipment and mining can be greatly affected by water quality and quantity issues.

There are socioeconomic impacts too. The World Bank suggested in 2016 that regions of Africa and the Middle East could see growth rates decline by up to six percent of GDP by 2050 due to water scarcity.12

According to FEMA, almost 40% of small businesses that close after a natural disaster never reopen.13 Disruptions in the supply of critical parts and an inability to distribute goods can quickly weaken customer relationships and drain financial reserves.

Businesses are beginning to see how severe weather can exacerbate their supply chain risks. Despite globalization, certain types of production remain concentrated in industrial cities in Asia.

When monsoon-related floodwaters swamped parts of Thailand in 2011, the world’s supply of “sliders,” an integral part of hard-disk drives, was squeezed. Major automakers in the region also were forced to slow production. 14

Closer to home, drought a few years ago in Texas and elsewhere caused commodity prices to climb, not only affecting food and beverage companies but also apparel companies paying more for cotton.

Zurich worked with the Business Continuity Institute on the 2016 Supply Chain Resilience Report of business interruptions stemming from supplier disruptions. Over 75% of companies have reported having supplier disruptions, with over half of those experiencing more than one break per year. But in a positive sign, 74% of organizations in the most recent study reported asking their key suppliers about their business continuity arrangements – a considerable increase from the previous year’s 63%.15

Businesses of any size can take simpler steps to mitigate risks from extreme weather.

FEMA estimates that every invested in disaster mitigation saves in future disaster costs.16 Relatively economical mitigation strategies for any company include upgrading existing infrastructure so that it is storm-resistant. Using ring-shank nails on many types of roofing can help shingles stay put in high winds. Planting vegetation can help with energy efficiency, water absorption and aesthetics. (See how that comes into play at Zurich’s headquarters with the LEED Platinum® Certification fact sheet.)

Companies can also take action in training and education on preparing for severe weather events. Zurich has provided support, including a million grant, to New Orleans-based SBP so that it can expand its disaster-resilience training nationally.

Clearly, there is work to do. But proactive measures, large and small, are showing a break in the clouds.

12 World Bank. Press release: “Climate-Driven Water Scarcity Could Hit Economic Growth by Up to 6 Percent in Some Regions, Says World Bank.” 3 May 2016. www.worldbank.org