Power sustainability through planning and preparation

Hurricane Maria’s impact on Puerto Rico demonstrates how essential investments in resilience and energy infrastructure are in preparing for a catastrophic event.

As the head of Property Risk Engineering Services for Zurich North America, Jim Breitkreitz leads a... About this expert 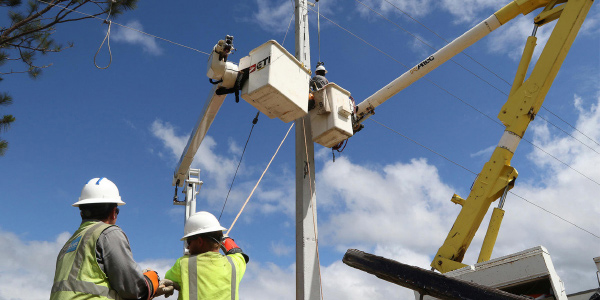 When Hurricane Maria took aim at Puerto Rico in September 2017, it was already the 10th most powerful Atlantic hurricane on record and the most intense tropical cyclone of 2017 anywhere in the world. The strength and power of the storm assured that the toll of destruction would be severe. When Zurich Claims professionals and Risk Engineers arrived on the island, their worst fears were realized. Cities and towns were in ruins and the island’s electrical grid was demolished. With nightfall came utter darkness, and with mornings an unwelcome return to the harsh realities of homes, businesses and lives changed forever.

Puerto Rico’s electrical infrastructure was already stressed by age and growing demand, so when Maria approached as a Category 4 storm with wind speed forecasts of up to 155 mph, the effects were unavoidable. An estimated 80 percent of Puerto Rico’s power grid was decimated by the storm. The impacts on individuals and businesses were devastating, with the rebuilding process estimated to take years. Encouragingly, by the end of January 2018, an estimated 70 percent of Puerto Rico’s residents have seen some level of power restored.

In the wake of Maria, Zurich Risk Engineering professionals  on the ground in Puerto Rico witnessed scenes of incredible devastation. But they also saw examples of how well-planned and executed building improvements and investments in resilience ahead of a catastrophic event can make a difference in the survivability of a structure and the viability of a business.

With a heavily retail-based economy, a large percentage of business losses in Puerto Rico were experienced by malls, shopping centers, “big boxes” and other retailers. Zurich team members made more than 200 visits in the weeks and months following Maria, with an eye on losses associated with building envelope failures. Thanks to much stronger building codes enacted by San Juan in recent years, retail buildings and shopping centers in and around the capital city fared better than older structures not built to the same standards.

But while many commercial and retail structures escaped severe damage, virtually all were impacted by the consequential losses caused by the interruption of electric power. As many companies, medical facilities and municipalities in Puerto Rico have learned through experience, few precautions can pay benefits as significant as having well-maintained, ready-to-use generators and fuel supplies available.

The delivery of over 1,000 generators by the Army Corps of Engineers was vital to local hospitals and municipal services. Within weeks of the storm, many water and sewer systems were running on generated power, instead of waiting for weeks or months as roads were cleared and rebuilt or new ones cut through dense forests in order to restore overhead lines.

Hurricanes are not the only events that can cut off power for an extended period. Tornadoes, blizzards, hailstorms, lines downed by vehicle collisions, and even fires in transformers or substations can interrupt power for hours, days and perhaps even weeks.

In some cases, the solution can be as simple as being ready to generate your own power with a well-maintained generator, an adequate fuel supply and access to additional supplies of fuel should the emergency persist. Having this capability during such difficult times, a business is generating much more than its own power. It is empowering its own sustainability and resilience.

Before and after the storm: Preparation and recovery tips

Preparation and recovery tips to help businesses protect their people and assets before and after a storm.