Kathleen Savio is Chief Executive Officer for Zurich North America, a position she has held since... About this expert 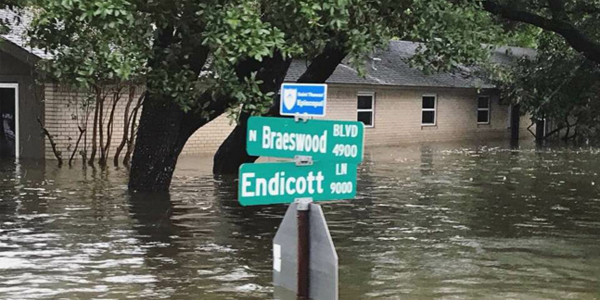 Hurricane Harvey came ashore near Rockport, Texas, on August 25, 2017, as a Category 4 storm. During the four days following landfall, more than 40 inches of rain fell over eastern Texas, inundating hundreds of thousands of homes and businesses, displacing more than 30,000 people and prompting more than 17,000 rescues. Total damage from Harvey has been estimated at $125 billion dollars, making it the second-costliest tropical cyclone on record after Hurricane Katrina.

I led a great discussion last week at the Houston TranStar facility about Zurich’s collaboration with ISET-International to create a special Flood Resilience Alliance Post-Event Review Capability (PERC) study exploring the Harvey-Houston experience. The report, “Houston and Hurricane Harvey: A call to action”, analyzed the potential impacts risk reduction and preparedness measures might have had in mitigating the worst effects of the hurricane had they been implemented before the event—factors that could help build resilience against the worst impacts of future storms.

Since 2013, PERC reports like the Houston-Harvey study have been used to analyze flood events across the globe. The PERC approach seeks to determine what worked well and what may have gone wrong during large flood events. Information, knowledge and insights are collected from various governmental and local groups to provide key findings and to help formulate insights that can build community and business resilience.

Many key insights were drawn from the report. Key among these, community leaders are encouraged to take forward-looking perspectives about future weather and climate scenarios when considering sites for local business and residential construction. In alignment with that recommendation, the National Flood Insurance Program (NFIP) should use its influence to slow or prevent new development within flood zones. Communities should also encourage businesses to raise employees’ awareness and preparedness ahead of hurricane season as well as provide incentives for businesses and residents to reduce their exposure and risk through incremental, small decisions.

Another key recommendation is that government, community leaders and the media need to improve messaging to more accurately reflect the real risk of future, major flooding events. Calling catastrophic floods “100-year events” or “unprecedented disasters” does not properly communicate the reality  that, while these events may be rare, they are not anomalies. They will happen again, perhaps with increasing frequency and severity. Local governments must also provide residents and businesses with information about potential emergency measures that could magnify flooding risk, such as planned releases from reservoirs to address overtopping during a deluge. And plans should be developed to help the parts of local communities most vulnerable and economically least capable of implementing mitigation and risk reduction efforts.

Ultimately, the PERC study emphasizes that local partnerships and relationships are fundamental to resilient response and recovery. People and organizations with pre-established relationships they could call upon for preparedness, response, recovery and business continuity were able to react more quickly to the Harvey floods and more quickly begin recovery. This type of relationship building needs to be an intentional focus during non-disaster periods, before the skies darken and the threat is at the door.

Drawing from over 25 years of experience at Zurich, Savio is focusing on customers, simplification and innovation