Last year’s historic hurricanes reinforce the urgent need to have a strong plan in place.

Michael D. Widdekind has more than 25 years of experience in the loss control profession. As... About this expert 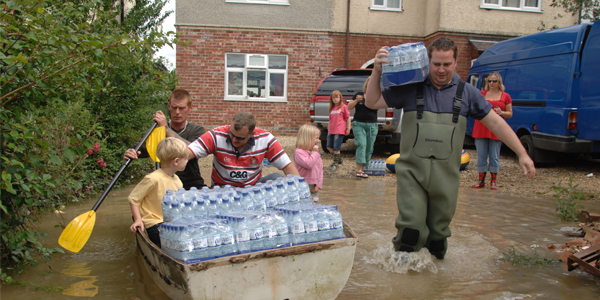 As we look ahead and wonder what the 2018 hurricane season will bring, it would be wise to keep 2017 in the rear view mirror. Hurricanes Harvey, Irma and Maria, which struck within weeks of each other last year, caused a total of $265 billion in damage in the U.S., according to the National Oceanic and Atmospheric Administration (NOAA).

Three lessons, among many, from last year’s hurricanes:

In addition to the substantial costs of business interruption, power outages create safety hazards, block access to important data, impede communication internally and externally, and delay the post-event recovery process. Contingency plans that include off-site and on-site solutions need to be in place.

Generators are invaluable resources, but having them on-site is only the first step to restoring power. This was especially evident in hard-hit Puerto Rico, when Maria destroyed 80 percent of its power grid. Functioning generators can be the difference between incapacity and resilience. Are your organization’s generators well-maintained and capable of providing what you’ll need if you’re without power for more than a few days? Is there enough fuel on hand to keep them going, and do you know where you could secure more fuel if necessary?

Flooding is becoming more commonplace. After Harvey, The New York Times reported that about 40 percent of the buildings that FEMA deemed flooded in Harris County, Texas, were not located in flood zones. What’s more, the risk of inland flooding across the U.S. has increased over the past 30 to 50 years, according to The National Climate Assessment. Mitigating your risk to floods is more important than ever. A Zurich Post-Event Review Capability (PERC) study, “Extreme weather events: How hard lessons strengthen resilience against the next big event,” shares insights on the impact of 12 major floods, including Harvey. Putting these lessons into action can also be cost-effective: The report found that every dollar invested in disaster resilience saves $5 in future losses.

Smart evacuation plans are essential. Larger storms affect greater numbers of people. It’s important to include approved evacuation staging areas in your emergency plans, and work with local authorities to identify more than one evacuation route. Just as key, you should communicate this information to your employees. Prepared businesses also conduct evacuation drills on a regular basis, some of which are unannounced.

This year, the National Hurricane Center is creating a smaller “cone of uncertainty” (i.e., the projected path of a hurricane) to more accurately reflect improved weather models and help authorities better identify who needs to evacuate, with more advance warning.

These are just three reasons why it’s vital to have a robust hurricane preparedness plan. Creating, maintaining and updating such a plan requires forethought and rigor. It also needs to be communicated throughout your organization.

While the building blocks of a strong strategy have not changed, the urgency for putting them into place has — perhaps one of the more sobering lessons from 2017.

Additional resources to help you prepare for hurricane season: