Did you know that winds generated by severe thunderstorms can rival the force of Category 1 hurricanes?

As the head of Property Risk Engineering Services for Zurich North America, Jim Breitkreitz leads a... About this expert 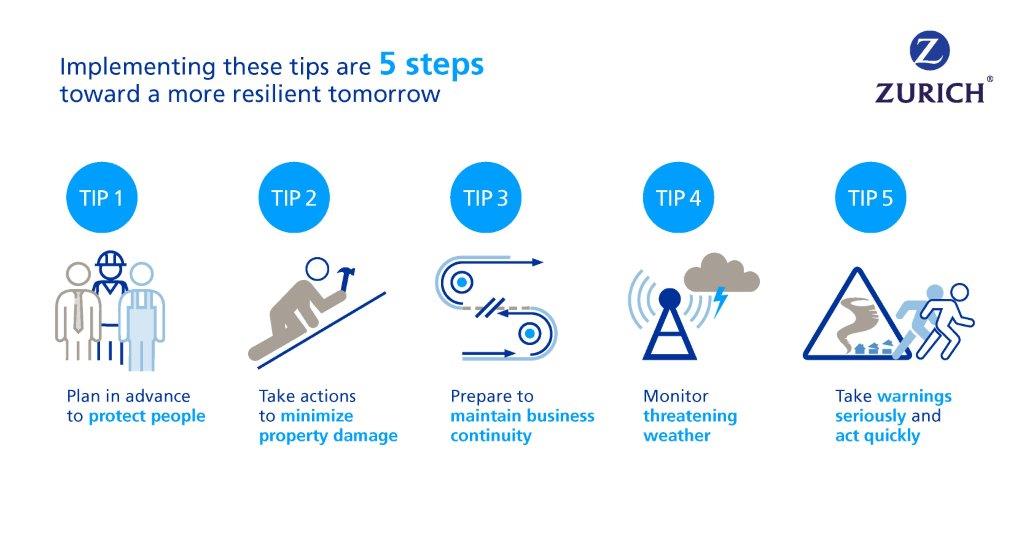 For businesses situated far from the ocean coasts or the Gulf of Mexico, experiencing a powerful hurricane or tropical storm is not a concern. However, winds generated by severe weather events  such as powerful spring and summer thunderstorms can deliver the strength and destructive force of a hurricane inland, even without the formation of a tornado. Making preparations for severe thunderstorms should be a priority for your business so that people and the facility stay safe.

From a meteorological standpoint, hurricanes and severe thunderstorms share similar origins, as both draw strength from warm, unstable air masses. Powerful convection thunderstorms towering miles into the sky are fed by currents of warm, moist air rising from the land in the heat of summer. Hurricanes are spawned by a similar mechanism, with warm ocean waters providing the same source of energy and the Earth’s rotation providing the impetus for a tropical storm’s characteristic spin.

While a typical hurricane season may spawn about 12 named storms with perhaps six achieving hurricane strength, more than 100,000 thunderstorms develop in the U.S. each year with up to 10,000 reaching severe status. The Saffir-Simpson scale, which measures hurricane strength, pegs Category 1 hurricanes at having sustained winds of at least 74 miles per hour. However, the most intense thunderstorms can generate winds greater than 83 miles per hour on the Beaufort scale, a long-standing tool for measuring gale strength. It’s notable that the worst thunderstorms can be as threatening and as powerful as weaker hurricanes.

Commercial buildings can be particularly vulnerable to the ravages of severe thunderstorms, which can roll through an area with far less advance notice than the several days of warnings that usually precede a hurricane. Businesses need to be aware of vulnerabilities in their facilities to help ensure resilience against the worst impacts of severe weather occurrences. Make the difference between riding out a summer downpour and experiencing a preventable disaster by being aware of the following vulnerabilities:

Before and after the storm: Preparation and recovery tips

Preparation and recovery tips to help businesses protect their people and assets before and after a storm.

Employees are a company’s greatest asset. These guidelines can help make their safety a top priority during cleanup and recovery operations.

7 generator safety tips to see you through the storm

When a hurricane, blizzard or any extreme storm causes a power outage, don’t short-circuit safety. Keep these generator usage guidelines close at hand.

Storm surges should not be underestimated, they are destructive and strong

What is a storm surge and what dangers can it create? Learn more about this impactful weather event and find tips to help stay safe with our infographic.