After safely evacuating guests and staff, hotel manager jots lessons for the next California wildfire. 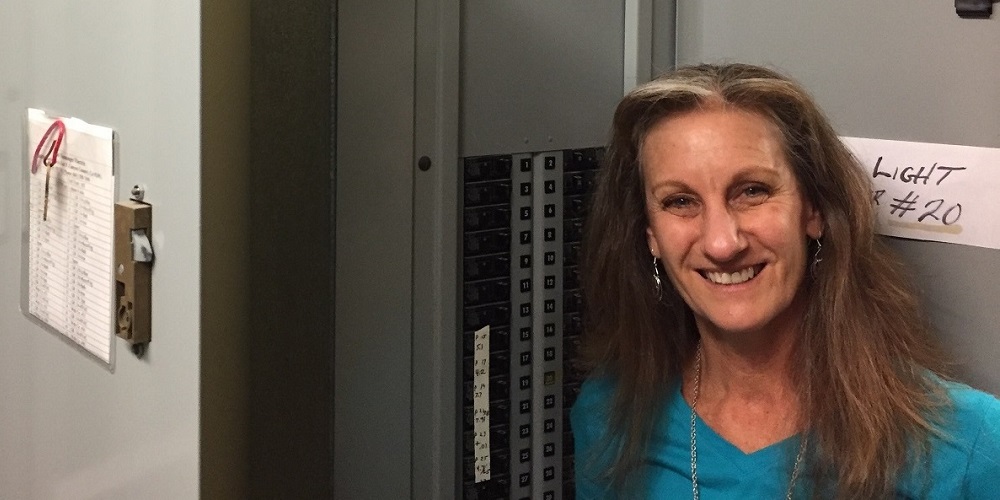 In the early dawn hours of Nov. 9, 2018, flames crackled behind the Hampton Inn in Agoura Hills, California, as Kathleen Walk said goodbye to the last employee who had helped her wake guests and evacuate the 93-room hotel.

“Once the fire had crossed over to this side of the hill, I told everyone to go,” Walk said. “My intention was to make one last sweep and go, too. But I just couldn’t go. It’s the owner’s investment, and you hear about looting. So I got a fresh pot of coffee going.”

Alone, she began typing additions to the hotel’s fire emergency protocols, gleaned from the past five hours. The top two items grew out of some of the most intense moments of her experience of the Woolsey Fire.

Law enforcement had entered the hotel just after 1 a.m. and ordered an evacuation of guests. After getting the call from her night shift employee, Walk began driving back to the hotel, phoning other hotel locations on their evacuation list to see if she could send her guests to them. “No one was answering. They were full. We had people here for weddings. They don’t know the area. It broke my heart.”

Expanding the lodging list the hotel hands to guests in an evacuation would not solve all their challenges, but it would increase the odds of them finding an available room. So the first addition to the procedures became:

Expand the list of evacuation hotels from a 20-mile radius to a 45-mile radius.

After the evacuation, Walk had turned on local news to see reports of embers sparking fires on roofs and elsewhere in buildings. She worried the hotel air conditioning could ignite a spark. “I didn’t want the air to keep circulating in the hotel. We all know where the water shut-offs are, but I had to look in the as-built manual to find the AC ones.” That inspired the second addition to the hotel’s fire procedures:

Post a map of the breakers for employees, with instructions to pull the ones for the air conditioning in the event of fire.

As she walked the building, monitoring it for smoke, she realized employees would not be able to return until the evacuation order was lifted. She worried about their lost wages. Later, she learned the hotel had business interruption insurance to help compensate not only for the hotel’s lost revenue, but also the employees’ income.

It was one of many resilience measures she was grateful for over the next week, as she slept in her hotel office and opened guest rooms and the hotel kitchen’s reserves to the firefighters. Twice a day she’d go outside to hand out water bottles and granola bars to them. Masks from the hotel’s emergency kit made that possible. “It was raining ash. The air was horrible,” Walk said. “But we had fire trucks in our parking lot, so I felt safe. And they were so appreciative.”

A little over a week later, employees returned to help clean up soot and ash. She insisted her employees wear masks – and quickly reordered them for next time.

“When I left the night before the evacuation, it felt safe. The fire was in Bell Canyon, over on the other side of the freeway,” she said. “Everything changed so fast. I’m grateful we had procedures and supplies in place to make it through.”

The information in this publication was compiled from sources believed to be reliable for informational purposes only. Any sample policies and procedures discussed herein should serve as a guideline, which you can use to create your own policies and procedures. Zurich does not guarantee any particular outcome and there may be conditions that render the desired results unattainable. Any and all information contained herein is not intended to constitute advice (particularly not legal advice). We do not guarantee the accuracy of this information or any results and further assume no liability in connection with this publication and sample policies and procedures, including any information, methods or safety suggestions contained herein. We undertake no obligation to publicly update or revise any of this information, whether to reflect new information, future developments, events or circumstances or otherwise. Moreover, Zurich reminds you that this cannot be assumed to contain every acceptable safety and compliance procedure or that additional procedures might not be appropriate under the circumstances. The subject matter of this publication is not tied to any specific insurance product nor will adopting these policies and procedures ensure coverage under any insurance policy.

Zurich insurance coverages are underwritten by individual member companies of Zurich in North America, including Zurich American Insurance Company. Certain coverages are not available in all states. Some coverages may be written on a nonadmitted basis through licensed surplus lines brokers. Risk engineering services are provided by The Zurich Services Corporation.

No part of this publication may be reproduced or copied in any form without written permission from Zurich American Insurance Company.