What turns a natural hazard into a national disaster? And which practical measures should communities and organizations be taking right now to help prevent the former from becoming the latter? Zurich North America, the renowned risk-management and commercial insurance firm, has been systematically collecting data and research to provide key findings in light of these pressing questions. In a moment when the topic of mitigating risk has become more urgent than ever, we sat down with Kathleen Savio, Chief Executive Officer of Zurich North America, for her perspective and guidance.

Q: As an insurer that has been managing risk for more than 100 years in the United States, what does Zurich see as the biggest risk facing society today?

A: The 2020 World Economic Forum Global Risks report shows that three of the top five most pressing global risks by impact are environmental, with failure of climate change mitigation and adaption as number one—and number two in likelihood—over the next 10 years. What’s more, in the last two years, there were $240 billion in natural catastrophe damages—the highest two-year period on record. Less than 50% of those damages were insured. These are not isolated facts—they are a pattern, a trend. Some are calling it a new normal.

Q: How is Zurich helping people face this challenge?

A: Zurich has committed itself to playing its role in society. The first thing we need to do is shift the conversation away from disaster response to community resilience.

A: We’ve been researching what turns a natural hazard into a disaster. Under this guise and in an effort to issue recommendations on reducing exposure to climate-related risks, we’ve authored 16 post-event studies detailing the man-made elements of various natural hazards: from Hurricane Harvey in Houston to Hurricane Florence in the Carolinas to the 2017 California wildfire season, which was the most destructive of its kind at the time. One of the key findings across all of the studies we’ve conducted is that every dollar spent on disaster preparedness saves five dollars in future losses, which means we clearly need to focus more on pre-event mitigation and community resilience. 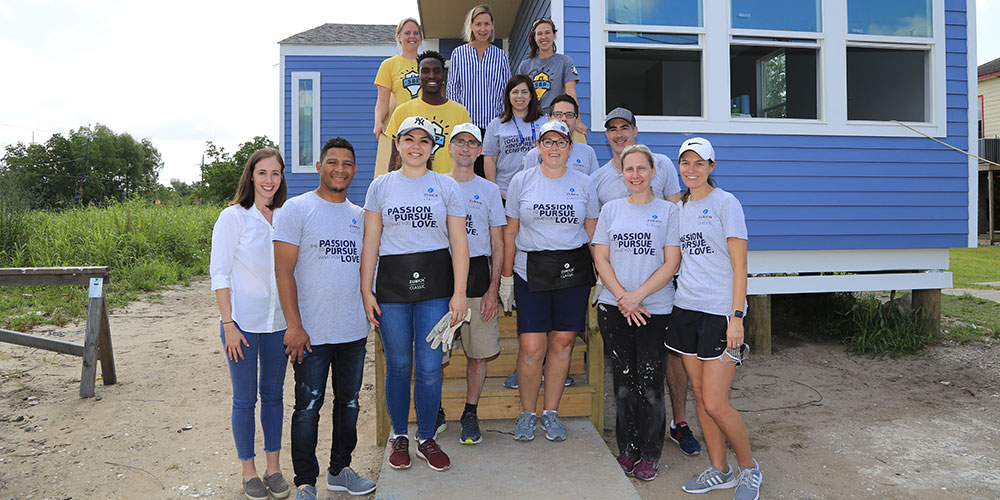 Q: What are some of the other lessons you’ve learned from these post-event reviews?

A: Regardless of the hazard, there are some crucial commonalities that we’ve identified by studying these events. Disaster risk management is playing catch-up in response to an increasingly large number of natural hazards. Spending on the responses to these events is still far greater than the investment in preemptive risk-reduction strategies. Unfortunately, few incentives exist to encourage “building back better” and “building in resilience” after a disaster.

Q: Where do we go from here? What are the kinds of things that leaders—in government, in business, and elsewhere—should be doing to help address the risks of climate change and prevent natural hazards from becoming disasters?

A: We need to change how we look at the risks, and shift from siloed interventions to a holistic approach. In our post-event reviews, we’ve identified multiple incidents where communities might have been spared greater loss if they’d taken a more holistic approach to storm preparedness.

We also need to change how we communicate risk. Communicating disaster risk in terms of probability could help. For example, a “100-year” event really means that an event, like a flood, has a 1% chance of occurring in any given year. Even such a simple linguistic shift would reinforce the fact that these events can occur in any year.

By the same measure, the Saffir-Simpson Hurricane Wind Scale, which measures wind speeds, can promote a false sense of confidence and security when, for example, a hurricane gets downgraded from Category 5 to Category 1, even though, in the case of Florence and many other storms, it’s water damage, not wind, that’s the issue.

Q: What role can businesses play in this?

A: All stakeholders share a responsibility and an opportunity to create a world we’re proud to hand over to the next generation. At Zurich, we’re increasing our commitment to limit the effects of climate change within our own business to positively affect the outside world. For us, it’s the right thing to do. It’s also being demanded by investors. Companies are now being asked to account for climate risk in their financial disclosures, and equity analysts, for example, have begun to look at the sustainability practices of the companies they cover. So, having a strategy that incorporates a commitment to sustainability is not only conscientious but also makes good economic sense. At Zurich, we will continue to play an active role in both broadening awareness of climate risks and developing solutions to manage those risks.

Originally published on Fortune.com, May 2020.