Founded in Switzerland in 1872, Zurich expanded to North America in 1912. Over the years, our insurance and surety products have helped make it possible for innovators to execute. See how and where our protection has helped turn bold vision into breath-taking reality. 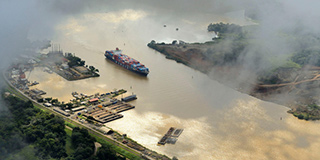 Zurich’s involvement started in 1941 when the Panama Canal Authority launched a major expansion of the waterway. Maryland Casualty Company, which later became part of Zurich, originated a $7.5 million performance bond and a $2.5 million bond to cover labor and materials, among the largest bonds ever written to that date.

In 2009, with the canal’s 100th anniversary approaching, it was due for another expansion to allow larger modern ships to navigate the waterway. Zurich wrote a $450 million surety bond to help cover the project, again one of the largest ever written.

More recently, with a 2014 deadline approaching, disagreements between the Panama Canal Authority and a group of contractors threatened to stall completion, until surety provider Zurich stepped in to help the parties negotiate a solution.

That ushered the project, and the larger ships that now can traverse the canal, toward a new record for tonnage. In fiscal year 2017, more than 403.8 million tons of cargo passed through the canal, a 22% increase from the prior year and the most in its 103-year history. 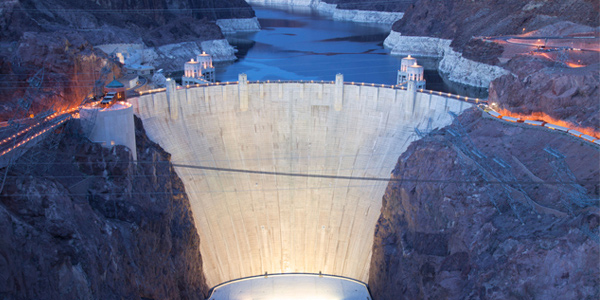 Resolve. Surety. Near the final roar of the 1920s, after years of analysis and discussion, a group of contractors was ready to bid on what would become the largest concrete dam in the world. It would rise out of a Colorado River canyon east of Las Vegas, supplying water to farmers and electricity to settlers in the developing west.

But first, to approve this historic feat of engineering, the government required the contractors to secure surety bonds, which serve as a guarantee of the contractors’ performance and materials on major projects.

They shopped the opportunity with San Francisco-based Guy LeRoy Stevick of Fidelity & Deposit of Maryland1, a company that would later join the Zurich family. Stevick pored over the data, boarded a flatboat to inspect the proposed site and insisted that the contractors put up millions of their own money as collateral. Then, Stevick and Leland Cutler, who also worked for Fidelity & Deposit and was president of the San Francisco Chamber of Commerce, cobbled together more than 20 other surety firms to write the largest surety bond to date: $5 million.

Construction on the $49 million project commenced in 1931, just as America was sinking into the Great Depression. For the next five years, the dam provided desperately needed work to nearly 21,000 men who dared to brave precipices more than 700 feet high. Lives were lost. But when President Roosevelt dedicated Hoover Dam on September 30, 19352, it became not only a monument to courage and resilience, but also a model for infrastructure projects to come. 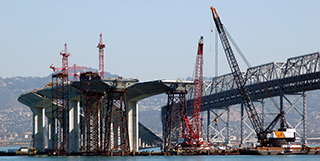 Stretching. Connecting. Our nation’s roads and bridges remind us that digital networks can’t always replace solid ones. The San Francisco-Oakland Bay Bridge, which opened in 1936, is one of many awe-inspiring spans that Zurich companies Maryland Casualty and Fidelity & Deposit Company of Maryland helped make possible through surety contracts.

Across the country, Fidelity & Deposit also bonded the Chesapeake Bay Bridge, which opened in 1952. Linking Maryland’s eastern and western shores, it earned distinction as the world’s longest steel structure to stand entirely over water1.

With the rapid pace of change in recent years, bridges remain vital links when virtual ones won’t suffice. Ongoing care can help ensure these bridges continue to bring us together. 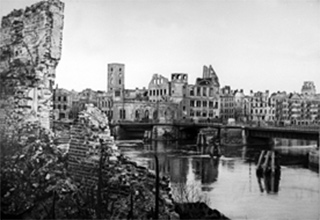 Care. Commitment. Compassion is a virtue that traces to Zurich’s early years. It’s one we strive to demonstrate not just for the people we call customers, but also our colleagues. Two wartime stories from our European homeland have shaped who we are today:

At the end of World War I, with food shortages and inflation unrelenting, Zurich in Switzerland bought into an agricultural cooperative so that employees could buy vegetables at reasonable prices. It’s a page from our parent company’s history that has become known around our North American headquarters as “blue potatoes,” representing Zurich’s signature color and the sustenance the company helped provide workers in times of need.

Less simply, during World War II, the Deputy CEO of Zurich Germany sought out August L. Tobler, who had set up Zurich’s North American operations and was now Chairman of the Board of Zurich in Switzerland. Fearing for his family’s safety, the deputy CEO, Dr. Richard Jung, told Tobler that he was being pressured to divorce his Jewish wife by a Nazi representative. Tobler mobilized to organize the passage of Jung’s wife and their two children from Berlin into Switzerland. To make it possible, the Zurich board guaranteed that the family would not need government aid. A Zurich director hosted Jung’s wife and children until the company secured an apartment for them in Switzerland. They lived out the war there, reuniting with Jung afterward.

In some of the coldest, darkest days in human history, these were faint rays of light. But they remind us today that even modest actions can make a meaningful difference in someone’s life.