Why we truly love golf

Golf is a game of risk management and resilience. That resonates in our business. In fact, that resonates for a lot of the businesses we insure. That’s why we are a proud supporter of the PGA TOUR. We became the title sponsor of the Zurich Classic of New Orleans in 2005, the year of Hurricane Katrina. In 2006, the Zurich Classic became the first major sporting event to return to New Orleans after the storm. That’s teamwork, determination and agility at work. In short, that’s resilience.

Another side of the scorecard

The Zurich Classic of New Orleans generates an estimated $40 million annually in economic activity, which has helped in rebuilding and resilience efforts post-Katrina. Since 2005, the Zurich Classic also has contributed more than $20 million to over 200 charities.

Just as we strive to innovate for our customers, the Zurich Classic differentiates with a two-man team format, featuring two rounds each of Foursome and Four-Ball competition. The Zurich Classic is the only FedExCup team event on the PGA TOUR.

Zurich has been a PGA TOUR Sponsor since 2005.

Each year during the Zurich Classic of New Orleans, we recognize leaders of New Orleans nonprofit organizations who make significant contributions to building resilient and sustainable communities through inspirational leadership and enacting positive change. The 2019 Community Impact Award winners are Angela Kyle, co-founder of PlayBuild NOLA, and Melissa Juneau, CEO of The Emerge Center.

As co-founder of PlayBuild NOLA, Angela Kyle is dedicated to transforming the vacant lots of New Orleans into child-friendly environments with elements of an outdoor classroom. See how the organization helps children in the community.

A licensed speech-language pathologist, Melissa Juneau brings more than a background in speech therapy to her role as CEO of The Emerge Center. She helps clients achieve independence through family-centered therapy. Learn about the organization’s story.

Zurich is a proud sponsor of … 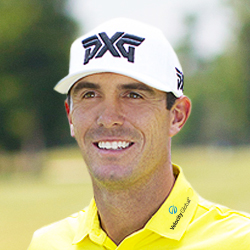 Billy Horschel has been a member of the Zurich Golf Ambassadors family since 2013 and wears the Zurich logo on his left sleeve. Billy has won the Zurich Classic of New Orleans as an individual in 2013 and as part of a team in 2018. In 2014 he was crowned the FedExCup Champion.

Collin is a new addition to the Zurich Golf Ambassador family and will begin donning the Zurich Logo on his left sleeve in 2020. Morikawa just completed his rookie season in 2019 and won his first PGA TOUR title at the Barracuda Championship. Prior to his professional career, Collin was ranked number 1 in the World Amateur Golf Ranking.

Justin Rose has been a member of the Zurich Golf Ambassador family since 2010 and sports the Zurich Logo on his left sleeve. Justin is a ten-time PGA TOUR winner and won the gold medal at the 2016 Rio Olympic Games for Great Britain. Justin ascended to World Number 1 for the first time in his career in 2018.

A close-up of the Zurich Classic of New Orleans

A lot goes on beyond the greens. Business people entertain clients and attend seminars while elevating their brand, eating well and picking up a tip or two from the pros. See all the details on the competition, corporate packages, tickets, the charitable impact and more.